In many industries the products made from big corporations are vastly inferior to smaller, artisan producers. With spirits, the opposite is often true. Making high quality and consistent spirits is extremely difficult, and the larger spirit manufacturers are better equipt to produce exceptional spirits. Spirit making is as much science and engineering as it is art and craft.

[Watch our Behind The Scenes of Bacardi Rum Video]

Unfortunately, our culture often punishes big companies (perhaps in some cases for good reasons), and often dismisses good products for the simple reason that they are produced by a large company. For one reason or another Bacardi is often unfairly at the wrong end of this equation. There seems to be a perception about who Bacardi is, what they do, and what their products are that’s ultimately fairly divorced from reality.

When it comes to producing rum, there’s none bigger than Bacardi. Producing over seventy million cases of rum each year, Bacardi isn’s just the biggest producer of rum in the world, they consistently rank among the biggest spirits producers (their portfolio includes such major offerings as Bombay Sapphire Gin and Grey Goose Vodka).

The Bacardi story starts long before they ever produced a drop of rum. In 1830, Don Facundo Bacardi Masso and his family emigrated from Spain to Cuba and entered into the spirits trade. Don Facundo had been trained as a cognac distiller and he brought those techniques and sensibilities with him to Cuba. An avid home distiller, Don Facundo constantly experimented with distillation techniques. From these experiments came several key innovations for Bacardi and the spirits industry.

Don Facundo spent a great deal of time exploring the interaction of wood with spirits. At that time, most spirits were shipped in whatever kind of barrel was available (used cognac casks, wine barrels, and barrels made from a wide range of woods). It was through this exploration that he discovered that aging rum in American white oak produced the best results, ultimately setting the standard for aged rum in the world.

Don Facundo also experimented with adapting cognac distilling methods to rum and innovated a double distillation process that is still used by Bacardi to this day.

Another key discovery came after a massive earthquake that struck Cuba in 1852. With cholera running rampant on the island, almost every liquid was charcoal filtered. Don Facundo applied this process to his rum and discovered its mellowing effects. On Febuary 4, 1862, Don Facundo’s distilling hobby turned into a business with the purchase of a distillery.

A colony of fruit bats living in the distillery provided the inspiration for the brand, and the beginning of one of the most successful spirit brands in the world. The bat was seen by Don Facundo and his wife as a sign of good luck and fortune. Bats are significant symbols in Don Facundo’s home country of Spain and significant to the indigenous people of the islands. It proved to be an important element in helping make Bacardi rum recognizable and successful.

Bacardi rum would begin to find success beyond Cuba’s borders after the Spanish American War and the liberation of Cuba in 1898. One of rum’s most iconic drinks comes out of this time period. After the liberation of Cuba, Captain Russell mixed lime, Coca-Cola (the original pre-Prohibition formulation) and Bacardi rum, and toasted to a free Cuba. This drink became known as the Cuba Libre and helped solidify Bacardi as one of the world’s most popular rums.

With Bacardi’s popularity in the US came an expansion of the business into New York. The New York distillery would close during Prohibition, but Bacardi’s business would ultimately benefit from Prohibition, with scores of American’s visiting Cuba to vacation and imbibe.

In 1936, after the end of Prohibition, Bacardi opened facilities in both Mexico and Puerto Rico. Ultimately Puerto Rico would provide refuge for the Bacardi family after Castro came into power in Cuba and seized all the company’s Cuban assets. With facilities outside of Cuba, Bacardi was able to preserve their signature yeast strain, the same one discovered by Don Facundo in the sugar cane fields of Cuba. This same yeast is used to make the current day Bacardi rum.

1936 was also an extremely significant year for Bacardi. In the United States the Bacardi Cocktail was extremely popular. The cocktail, considered a predecessor to the Cosmopolitan, was 1 3/4 ounce Bacardi Superior, 1/8 ounce pomegranate grenadine, and one ounce of lime juice shaken and served up. Some bars in the US were serving this cocktail with other rums and Bacardi sued. The case made it all the way to the highest court in New York, whose decision solidified consumers rights to get a specific brand or product that they order by name. This ruling would impact other major companies like Coca-Cola, Kleenex, and many other major brands.

A key part of this case for Bacardi was their demonstration of the role of their yeast in the rum making process, and that Bacardi rum was distinct and unique based on the application of their specific yeast. To this day the Bacardi yeast is seen as the crown jewel of the company. Bacardi’s move to Puerto Rico proved to be key, and by 1978 they achieved the distinction of the number one premium spirits brand in the world, and then in 1979 the title of number one premium spirit in the world.

While Bacardi’s deep history has had a deep impact on the spirit that we drink today, the biggest impact on Bacardi rum is their unique distilling process. As with many of the rums in the world, Bacardi uses molasses as the foundation for their rum. Molasses for Bacardi rum is sourced from around the world. The molasses is mixed with water and the patented Bacardi yeast and set to ferment for 30 hours in closed fermentation tanks. The fermentation process is key to creating the flavors and character of Bacardi rums. The tanks are rigorously temperature controlled as the strain of yeast used is very heat sensitive. Bacardi also adds nutrients including sulfate and nitrogen to help support their fast-acting yeast.

After the fermentation process is complete, the fermented molasses is either put through a beer still to create aguadente or through a massive column still to make redistillado. These two distillates are handled and aged individually and are the core of Bacardi’s flavor and character. The aguadente is distilled to between 150 – 160 proof (75% – 80% alcohol) and the redistillado is distilled to a much higher proof, between 185 – 190 proof (92.5% to 95% alcohol). These two distillates are extremely different and they take very different journeys through the aging process.

Bacardi’s aguadente is extraordinarily molasses influenced, with monster molasses notes on the nose combined with vanilla and banana. The taste closely mirrors the nose with strong molasses flavor and vanilla combined with white pepper spice. The redistillado is much more neutral without the rich or deep flavor notes.

Bacardi uses ex-bourbon barrels for the aging of their rums. Because they don’t want influence from the bourbon, barrels are steam and water washed for twenty four hours before use. The aguadente and redistillado are aged separately and react dramatically differently with the barrel through the aging process. The aguadente pulls more vanilla and spice from the barrel while the redistillado pulls more oak aroma and essence from the barrel. After aging, the two elements are charcoal filtered (a key element to Bacardi’s flavor profile) and then used as elements in the blending process.

All Bacardi rums, including Bacardi Superior, are aged at least one year, and in the case of Superior it may be a blend of rums as young as one year and as old as three years. Out of the barrel the Bacardi Superior is brown like any other aged spirit – this color is stripped out through an extensive filtering process. Throughout Bacardi’s line of rums, Bacardi has a single, consistent, and focused style. Bacardi rums are light, soft, and clean with nicely balanced vanilla, citrus, and spice.

Bacardi’s style is best represented in their limited release Bacardi Reserva Limitada, a blend of rum 12, 14, and 16 years old. The Reserva has a light and sweet nose with a delicate and soft entry that is lightly sweet with notes of brown sugar, creamy vanilla, and the suggestion of molasses. Underneath is the softest essence of oak spice and white pepper. Reserva Limitada is a subtle and elegant aged rum that’s unlike almost anything else in its class. The balance of oak, spice, and sweet is sublime in an eminently accessible rum.

As large a company as Bacardi has become, it’s still an extremely tight knit family company with Bacardi family members in key roles throughout the company. In Puerto Rico, the Bacardi facility has a wonderful warm and welcoming feeling to it. Everyone seems passionate about what they do and interact with a phenomenally warm congeniality to each other.

Bacardi has a massive impact on the island of Puerto Rico, bringing in over three hundred million dollars in tax revenue each year, a larger financial contribution to the island than the local government makes. They also are constantly innovating to make the process of creating rum more sustainable and ecologically friendly. A state of the art digester processes the material left over from the distillation process and converts it into methane that provides 75% of the power for the distilling process. The company has also innovated with wind power and water treatment.

This year Bacardi celebrated their 150th anniversary. The celebration was both a nod to their Cuban origins and their deep connection with Puerto Rico. So many companies have moved their production to foreign countries, but Bacardi continues to produce the majority of their rum on the American soil of Puerto Rico. Bacardi is one of the only major spirits manufacturers to produce their products on American soil and yet they have often mistakenly gotten looped in with other large companies who have shipped their jobs and manufacturing out of the US.

Ultimately, for Bacardi, it’s what’s in the glass that really counts. Bacardi has created a distinct and well crafted rum that’s light and slightly dry with a nice balance of vanilla and oak spice.

Watch our video: Behind The Scenes of Bacardi Rum Distillery in Puerto Rico 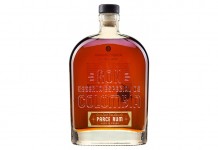 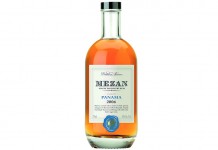