It’s unfortunate that Irish whiskey is often seen as the ugly little red headed step child of the whiskey world.

Irish whiskey used to be the widest consumed form of whiskey in the world, but a trifecta of misfortunate events (including prohibition in the US, getting cut off from serving the British empire and missing the boat on the column still) relegated Irish whiskey to the space its in now (fourth or fifth among the world’s other whiskies).

Where once there were lots of Irish whiskies on the market, now the market is fairly dominated by a couple big names owned by some huge companies – Jameson (Pernod Ricard) and Bushmills (Diaego).

Before trying Kilbeggan I had honestly never heard of it. Distilled by the independatly Irish owned and run Cooley Distillery, Kilbeggan is one of the most pleasant and drinkable Irish whiskey blends I’ve tasted.

Kilbeggan is a fairly sweet whiskey with not a lot of fire to it. At 80 proof it tastes a lot softer than I expected with the dominate flavor notes of syrupy vanilla coming through. Kilbeggan is aged in second use bourbon barrels and the rich bourbony flavors do come through.

The Kilbeggan blend is a mix of Cooley’s Greenore, a single grain whiskey and Tyrconnel, the companies signature malt whiskey.  I had the opportunity to taste both the Greenore and Tyconnel separately and really felt that the Kilbeggan was greater than the sum of its parts.

I really didn’t care for the Greenore which is a 80 proof 93% corn whiskey.  It’s billed as the only single grain Irish whiskey . I found the Greenore to be very grainy and thin without a lot of upfront favor with some heat and sweet on the back.

I liked the Tyrconnell much better, it’s also a fairly light whiskey at 90 proof it has some nice fire on the front and a nice sweet and slightly oaky finish. The Tyrconnell is also sold in three different finishes, a sherry, midera and port.  While I wasn’t crazy about any of the three finishes the port finish seemed to compliment the sweetness of the Tyrconnell the best.

Yet when you put the Greenore and Tyrconnell together they seem to really compliment each other well and the result is Kilbeggan, and unexpectedly delightful and extremely affordable Irish Whiskey.  While Kilbeggan won’t win over hardcore scotch fans, it is an excellent entry point for someone who wants to start exploring whiskey.  It’s a fantastic ‘starter’ whiskey and one which I’d happily stock in my liquor cabinet. 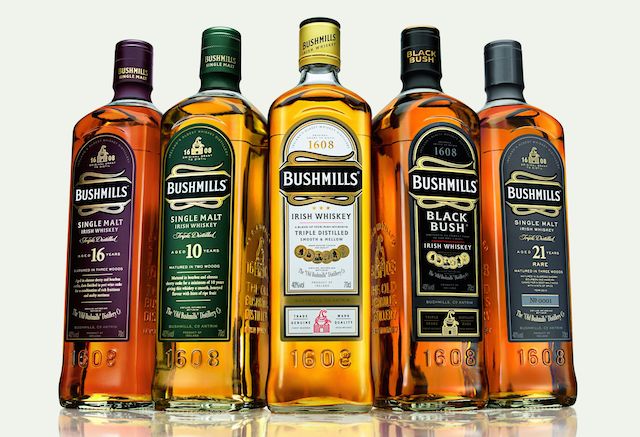 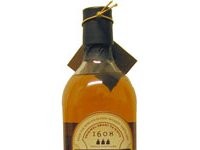