Most people know Angostura as the company behind the iconic Angostura Bitters, but what most people don’t know is that the company is also a major producer of rum. Angostura produces a wide range of rums and is the best selling rum on the island of Trinidad. In the United States, Angostura has four distinct rum offerings including a 5 year old rum, 7 year, and two legacy rums, 1919 and 1842.

Angostura Rum is all about balance, with the affability that mirrors many of the major selling rums but with solid character and distinct flavor notes. Angostura doesn’t try to compete with the popular white and spiced rums on the market, instead they’ve tried to find a unique place in the rum category with offerings that are distinctly different.

At the helm of Angostura’s rum operation is the charismatic John Gerorges. As the company’s master distiller, John Geroges is responsible for all rum production, but increasingly he’s become the face of Trinidad rum worldwide. John Georges is passionate about rum and is an important voice for Caribbean rum.

We had the opportunity to interview John Geroges during Angostura’s Global Cocktail Challenge, an annual competition which brings bartenders from around the world to compete for $10,000 and a year long job with the company as the Angostura Global Brand Ambassador.

Also be sure to read our Behind the Scenes look at Angostura Bitters and Rum as well as our interview with Angostura Executive Director Vidia Doodnath. 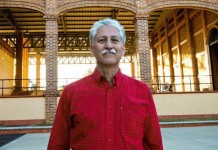 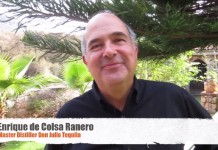