You’d think from its big, black bottle and studded collar that Bulldog Gin would be something rough and tough, one of those high proof gins that has an explosive juniper flavor that you can demonstrate bravado by kicking it back neat. You’d be as surprised as we were that Bulldog Gin’s bark is far worse than its bite, and rather than getting a growling, snarling glass of gin, it’s more soft puppy dog that wants to lick your face.

Bulldog Gin (40% / 80 proof) smells like a traditional London Dry Gin – at first whiff you’re greeted by a light juniper top note. Right behind the juniper there’s soft lemon peel, a light floral lavender note, and floral longan fruit. The nose on the Bulldog is quite inviting with very little vapor or bite. Like the nose, the entry for Bulldog Gin is much softer and easier than expected. A soft juniper leads things off but it’s quickly followed by the lemon peel which leads the charge through the mid palate. In the mid palate the sweet floral elements really emerge with a combination of lavender and longan fruit. At the end of the mid palate the spice begins to emerge with a return of the juniper, which is joined by cinnamon, cardamom, and licorice. The spice peaks and then drops off for a nice, easy finish with lingering citrus and light spice.

Bulldog Gin has a wonderful mouthfeel, with some nice weight to it without feeling overly oily. We love how Bulldog balances the floral, sweet, and spice into a focused and approachable taste experience. The gin can easily be sipped neat or served over ice. Bulldog works perfectly in drinks that need a gin that has a little more finesse, or when you need a gin whose juniper is less assertive. Bulldog Gin makes a fantastic Negroni, is superb with tonic (one of the less citrusy ones), and is divine in a Martini. We are at a loss why Bulldog Gin decided on a tough burly image when the gin itself is anything but burly. For fans of London Dry Gin who want something a little softer, easier , lighter and completely affable without sacrificing flavor, Bulldog Gin really delivers. 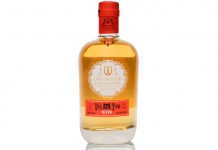