Reyka Icelandic Vodka ($25, 40% ABV / 80 Proof) – almost every vodka brand has some sort of story about the water they use. Water is an important part of the vodka equation because 60% of what you are getting in a bottle of vodka IS water. Unfortunately, many brand’s “water stories” are just that – stories. After heavy filtration, you really couldn’t tell the difference between the water they use and what comes out of the municipal water tap. Reyka’s “water story” has the the added benefit of actually being true. Reyka comes from Iceland, a remote island nation off the coast of Europe with a population of just over 300,000 people. Iceland is defined by the myriad of volcanoes on the island which have both transformed the landscape and helped provide clean energy via geothermal steam. Iceland doesn’t have the air polluting power stations that are common in most countries, and the result is one of the more pristine and clean places on earth.

Many of the volcanoes in Iceland are topped by glaciers, which slowly melt every summer only to re-freeze every winter. The runoff trickles its way through layers and layers of lava rock into springs. The journey from glacier melt to spring can take 30-100 years, and so the result is some of the purest and tastiest water in the world. Reyka takes this water and combines it with spirit distilled in a unique carter head copper pot still which gives the vodka a light, round, soft, and easy character. One of the things we love about Reyka is the journey it takes on the palate, from soft and clean to slightly spicy and peppery, the clear sign of an expertly crafted vodka. 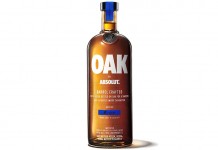