Glenfiddich is beginning to develop an amazing track record for their special releases. Their last special release, Glenfiddich Snow Phoenix Scotch Whisky, was a phenomenal whisky that delivered a drinking experience far superior to the standard Glenfiddich line. Glenfiddich has done it again with another extremely limited release, the Glenfiddich Cask of Dreams Whisky.

In celebration of their 125th anniversary, Glenfiddich brought 11 new American oak barrels to a number of cities across America. They encouraged whisky fans, new and old, to sign the casks and write down their dreams and inspirations. It was a fantastic campaign that helped reinforce the reality that Scotch whisky isn’t an elitist drink, that it has appeal and accessibility to everyone.

The signed casks were brought back to Glenfiddich and then filled with a blend of Scotch whisky, 14 years and older. The practice of finishing Scotch whisky in new American oak is becoming popular. Laphroaig has had great success with their Laphroaig Quarter Cask and Ardbeg has developed quite a following for their Ardbeg Alligator. Scotch whisky has long been aged in second-use bourbon barrels, but the new trend towards using new American oak gives scotch whisky makers yet another tool in their tool belt to add new flavors and textures to their whisky.

Glenfiddich Cask of Dreams Scotch Whisky ($99, 48.8%) – dark yellow-brown in color, this whisky has clearly picked up some color from its time in American oak. The nose on the Cask of Dreams is slightly fruity and sweet with golden raisin, dried apricot, and soft vanilla. In the center of the nose is a solid oak spice along with a subtle undertone of malted barley. The way the nose presents is very well integrated and inviting; it’s the kind of nose you’re going to spend some time with before diving right into the spirit.

When you do finally dive in, you’re met with an explosion of flavor that takes off the moment the whisky hits your mouth. Like the nose, the entry starts off more sweet and fruity, with dried apricot, golden raisin, and vanilla leading things off. It quickly transitions in the mid palate from fruity and sweet to savory and spicy. The oak notes begin to really emerge along with ginger and black pepper. There’s also a nice salinity in the mid palate along with a subtle char note and a flash of rancio. The spice really ramps up at the end of the mid palate and leads to a very long, very spicy finish.

Glenfiddich Cask of Dreams is an exceptional whisky that’s packed with flavor and spice. It’s clear the folks at Glenfiddich wanted to produce something really special, and they have. The hint of rancio (an elusive flavor that comes through the aging process) in the mid palate shows they’ve been extremely selective about the malts they used for this release and have included a few gems in there. The new American oak finish is truly transformative, adding a level of spice and intensity of flavor that makes Cask of Dreams the kind of whisky that you dig through and spend time with. The only downside with this whisky is that it’s in limited supply and, like the Snow Pheonix, when it’s gone, it’s gone. We can’t wait to see what Glenfiddich does next! 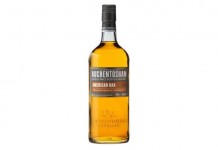 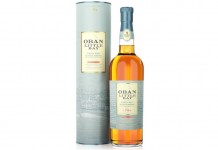