Last week Maker’s Mark made the surprising announcement that they were going to reduce the alcohol level in Maker’s Mark Whisky from 90 proof down to 84 proof, a mere drop of 3% in alcohol (45% to 42% ABV). Rob Samuels, COO of Maker’s Mark, sent a note to the Maker’s Mark Ambassadors (fans of the whisky who register online) saying:

We wanted you to be the first to know that, after looking at all possible solutions, we’ve worked carefully to reduce the alcohol by volume (ABV) by just 3%. This will enable us to maintain the same taste profile and increase our limited supply so there is enough Maker’s Mark to go around, while we continue to expand the distillery and increase our production capacity.

We have both tasted it extensively, and it’s completely consistent with the taste profile our founder/dad/grandfather, Bill Samuels, Sr., created nearly 60 years ago.  We’ve also done extensive testing with Maker’s Mark drinkers, and they couldn’t tell a difference.

Nothing about how we handcraft Maker’s Mark has changed, from the use of locally sourced soft red winter wheat as the flavor grain, to aging the whisky to taste in air-dried American white oak barrels, to rotating our barrels during maturation, to hand-dipping every bottle in our signature red wax.

In other words, we’ve made sure we didn’t screw up your whisky.

The outcry was immediate with a flood of consumers taking to social media to voice their unhappiness.The story quickly became a national headline item hitting many major media outlets.

Then something interesting happened. Rob and Bill Samuels, Jr. decided that they had made a mistake and reversed their decision.

On an early Sunday morning phone call, Rob and Bill Samuels, Jr. explained the situation and what they are doing to fix it.

You’ve just announced that you are not going to reduce Maker’s Mark to 82 proof, but instead return to 90 proof. How did this happen?

Rob Samuels: We are really proud of these loyal customers of Maker’s Mark, that they had taken the time to share their feedback. It was through their feedback that we were able to make this decisive return to 90 proof and do it in just a handful of days.

Bill Samuels, Jr.: We are also a little embarrassed about being so stupid.

Rob Samuels: We heard loud and clear from consumers that they would rather put up with the occasional supply shortage than have us change the whiskey in any way. That was one of the big reasons we decided to make this return to 90 proof and do it quickly.

One of the things we heard from some consumers is that they would pay more if you have to make less. Is that something that will change?

Rob Samuels: We’re thinking today about getting the transition to 90 proof happening Monday, and moving forward we’re going to have to do our very best to balance inventory, amd to manage distribution while we continue to reinvest in future growth. At this point we’re not thinking at all about pricing.

Bill Samuels, Jr.: Geoff, during my first five years as CEO we had shortages from time to time, probably 25 or 30 different times, and not once did we try to exploit it through pricing.

Rob Samuels: The process that lead us to the reduction was, after many years of steady growth through almost three decades, over the last two years the consumer demand for Maker’s Mark has spiked here in the US to unprecedented levels. As an aged product and a single source of supply, when we were looking at our crystal ball 8 years ago, we didn’t foresee this spike in growth. With more demand than supply, we focused – my father, my self and the team at the distillery – on how we could extend supply while maintaining the taste. The only way we could have done that was by slightly reducing the alcohol volume, which we validated did maintain the Maker’s Mark taste profile.

At what point did you guys feel you had made a big mistake, or that you had gone in a direction that you needed to reverse?

Rob Samuels: It was quickly. After a day or two.

Bill Samuels, Jr.: Yeah, we came into the office Monday thinking that all our friends would accept our rationale for messing around with our whisky and found that we were like a little bit wrong. It takes a little while to get your head wrapped around that because our feelings were hurt and our ego was hurt. Then we actually started listening, and the folks were all saying essentially the same thing, and in reflection it made a lot of sense.

Rob Samuels: These folks that were reaching out to us, they were right, we were wrong, and we apologize. That’s why we’ve decided to return to 90 proof and do it very quickly.

What do you do with the cases of Maker’s Mark you produced at the lower proof?

Rob Samuels: It’s just a small amount of cases and we think that those cases, given the curiosity, given the conversation that we’ve heard, I think it’s likely that some of those bottles will end up being collector’s items for consumers.

Bill Samuels: Certainly one case of it is, because as soon as we get done with this here, I’m going straight to the liquor store and buying a case for myself.

It’s amazing that a company like yours would stop everything and say, “OK, we get it, we were wrong, we’re listening to you.” In the same respect, you still have an issue of supply. How do you think you are going to be able to manage the growth, especially given the massive attention that this has given the brand and the massive attention that going back to 90 proof will give it?

Rob Samuels: We are just going to have to do our best to balance inventory and manage distribution. We are investing in the distillery and building warehouses. There are shortages today, there are going to be shortages in other cities, but our customers have told us they’d rather deal with the occasional shortage than have us slightly reduce the alcohol volume. We agree with them that this is the right decision. They were right, we were wrong, and we’re taking decisive action starting Monday to return to 90 proof.

Will this have any impact at all on production for Maker’s 46? Will you do any shifting away of whisky that you use to make Maker’s 46?

Rob Samuels: Maker’s 46 was always going to stay at its current alcohol volume level, given the taste profile and taste objective of Maker’s 46 to be a bigger, bolder, more complex and spicy bourbon that’s still approachable.

Bill Samuels: Besides that, Geoff, I’m watching – that was my little baby. I’m keeping an eye on it.

Was there any disagreement between the two of you about going to the lower proof?

Rob Samuels:We both, through the whole process, thought it was about taste, and we wanted to find out, can we extend the supply while maintaining the taste? What we learned very quickly over the last few days that our customers, who love this brand as deeply as we do, told us very clearly that this is about more than taste. And that’s what’s give us the confidence, that they were right, we made the wrong decision, and we are going to quickly revert to 90 proof. We know now, more than ever, that for the consumer, it’s their brand…

Bill Samuels, Jr.: … And they don’t want us messing with it.

In some ways is this encouraging? When Wild Turkey dropped their Wild Turkey Rye 101 down to 81 proof there were a lot of unhappy customers, but nothing near the massive outcry that happened when you announced dropping from 90 to 84 proof.

Bill Samuels, Jr.: Once we got over being hurt and offended, that was the reaction – wow, these folks really care and aren’t we lucky?!

Rob Samuels: Absolutely. Our founder, my grandfather, was a craftsman at heart and was not a traditional business man. He thought of each and every customer as part of our family and you treat them with respect. You’re open and transparent, and when they talk, you listen. Our customers have been really clear to us that we made the wrong decision and we did. We are owning up to it, we’re apologizing, and we’re moving on starting Monday by reverting back to 90 proof.

Well, bravo, this is pretty amazing! I’m really floored to hear it and delighted. It’s spectacular for a business to step up like this and admit their mistake, put their customers first, and listen.

Be sure to read our Story of Maker’s Mark to understand the great history of this brand. Also watch our interview with Bill Samuel’s Jr. 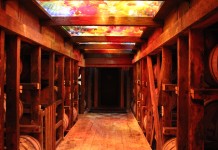 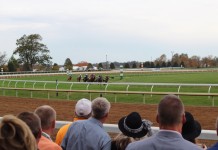